In terms of design, the original concept was that of a disciplined, budget-based construction. Structural frame were simplified to trim down construction cost. As an innovation, each house originally featured air wells to scoop air from the rooftop and bring it to the ground floor. The facade is composed to exude a contemporary-modern flavor, characterized by clean and simple lines.

A big learning in the first house is that a) too much focus on cost-reduction and b) lack of documentation in on-site change-orders can mess things up. At a lower budget, owners tend to go for small contractors who don’t have mature procedures in handling and properly documenting owner-initiated design revisions. At a lower budget, owners also tend to scrimp on architect’s involvement in construction management, not wanting to pay more than the design stage.

Pictures below, taken mid-August 2017, shows the completed first structure and the progress of the second structure (provided by Heinz Joseph G.). 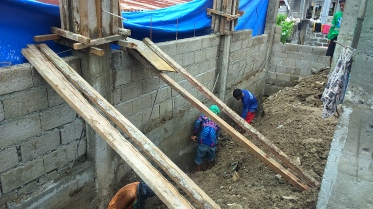 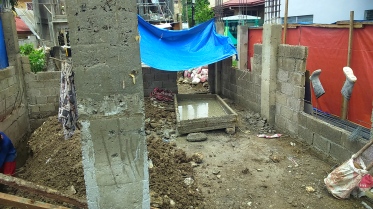 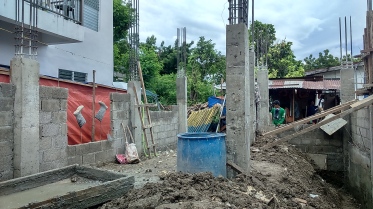 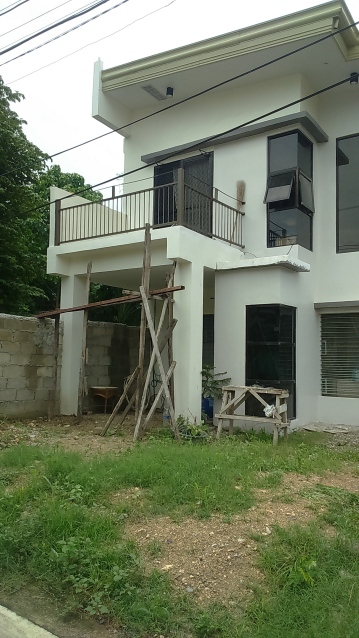 Hi, I'm Carl, an architect, urban planner, and green building professional. After working in top development companies in the Philippines for more than 13 years, I founded FYI Design Studio in June 2015. Although we started on a shoestring budget, we were deeply imbedded in our commitment to provide design solutions that are contextual, appropriate, and environmentally responsible. The team has evolved since then through countless ideation sessions and project experiences, nothing short of revelatory and enlightening for everyone involved. Nonetheless our commitment remains. Come with me and join us in our journey. This is the story of a tiny little firm. For project inquiries, please email me carlsaycon@fyidesignstudio.com.